How many expats are there?

Depending on the exact definition of expatriates, the following groups of international migrants can be counted as part of the expatriate market: 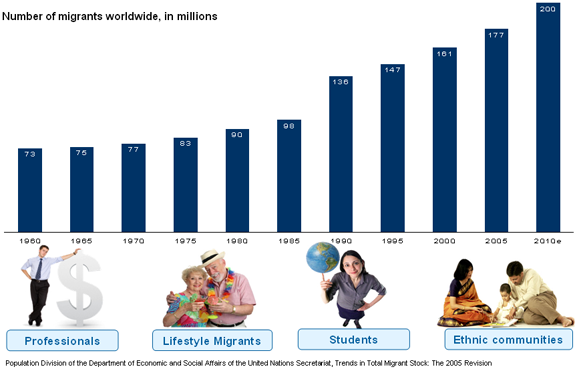 The number of people moving country is increasing across all expatriate categories - irrespective of motivation, geographic origin and social background. While the percentage of migrants in the total population of developed countries continues to increase, there are also an increasing number of expatriates from developed countries that move abroad for professional or personal reasons. 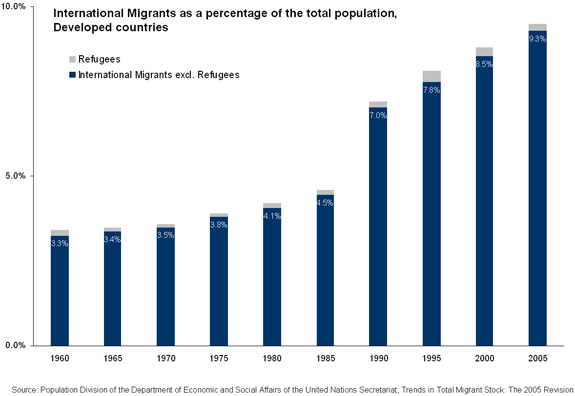 When it comes to total numbers, the US is leading the worldwide ranking with more than 38 million expatriates living there, followed by the Russian Federation (12 million) although this figure is skewed by nationals from former USSR states. In Europe, the ranking is led by Germany with more than 10 million foreigners living there, followed by France. However, this picture might change significantly in the future; Germany and France host a lot of migrants that have moved there over the last few decades, the country with the highest number of inbound arrivals is today Spain.

Irrespective of their exact number, expatriates and migrants have become an increasingly important socioeconomic factor in developed countries, changing cultural habits and the rules of economics and marketing. This trend is likely to continue in the future, with more and more developed countries becoming multicultural societies. 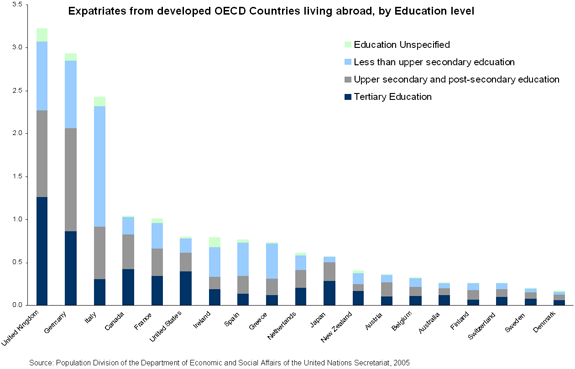